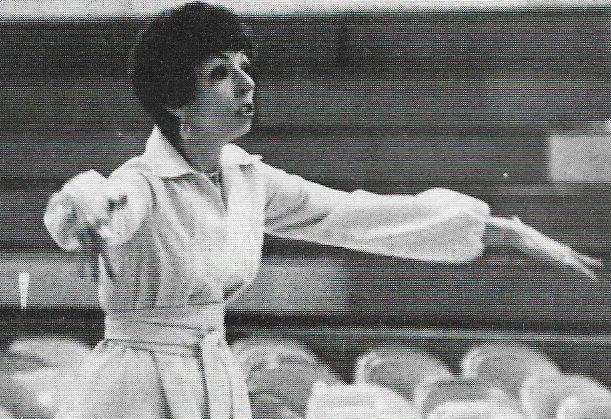 When John Edwards and Carolyn Eggleston met in 2002, they were both retired. “We had been searching for that one person with whom we would spend the rest of our lives.  We were about to give up the search because we weren’t finding anyone compatible,” says John. “When we met, everything fell into place. We shared a love of music, golf, the Chicago Cubs and wine. We fell in love and were married in 2003.”

After Carolyn died early this year, John launched a scholarship with the LincolnWay Community Foundation to memorialize his late wife and support her greatest passion: teaching vocal music.

“She loved the interaction with her students and their enthusiasm. I think her happiest years were when she was directing her students in choir and musicals,” he reflects. “She also gave private singing lessons after she retired from teaching at the school.”

Carolyn earned a master’s degree from the University of Iowa in Vocal Music Education and spent most of her career teaching in DeWitt. She was an engaging teacher who demanded the best from her students, who were known for scoring high marks at state and local contests. Over the years, Carolyn directed many high school choir performances and productions of Broadway musicals to the delight of students and parents alike. Many of her students became music majors in college, and some have gone on to successful professional careers.

Late last year, Carolyn was diagnosed with cancer and was given six months to live. “One of the things she wanted to do in her lifetime was to launch a scholarship fund to help vocal music students acquire the education needed to follow in her footsteps,” says John. “To get things started, she had a conversation with LincolnWay Community Foundation board member Pat Henricksen.”

Carolyn passed away before the fund was finalized. John carried on her efforts and has established the scholarship in her name. Those who appreciated her as a teacher, admired her teaching skills, and respected her as a person can honor her memory by donating to the Carolyn M. Eggleston Memorial Scholarship For Vocal Music. Checks can be mailed to the Carolyn Eggleston Scholarship at the Community Foundation of Greater Dubuque, 700 Locust St., Ste. 195, Dubuque, IA 52001. Gifts can also be made online at dbqfoundation.org/lwcf.