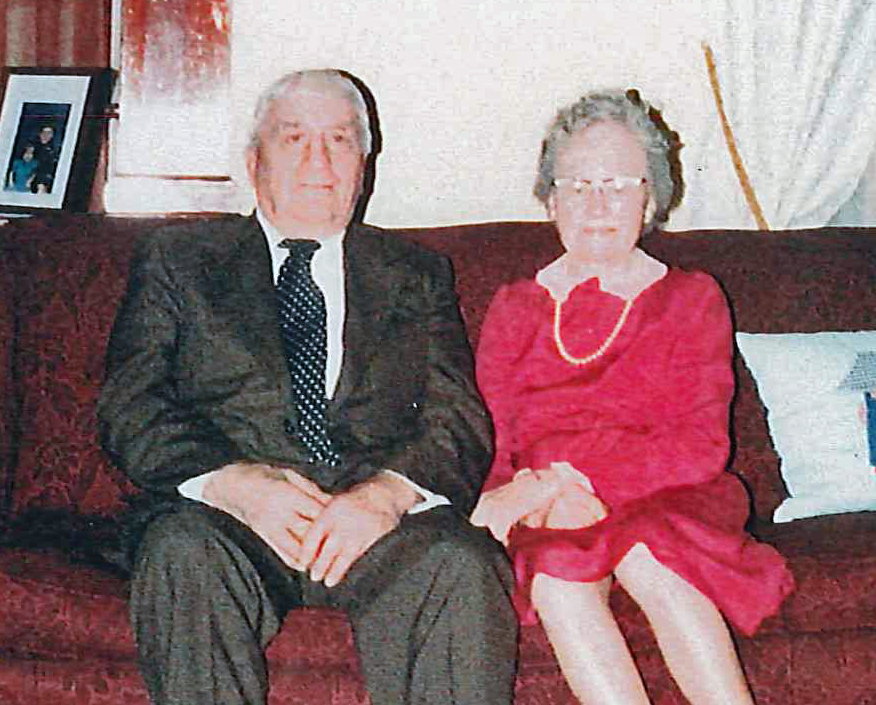 After seeing the early impact of the initiative, Steve and Elaine Kahler of Maquoketa started their own fund to support the countywide effort that same year. Now, the Kahlers are joined by Steve’s brother, Ron, in launching the John and Orpha Wise Family Vision To Learn Fund.

Uncorrected vision affects as many as 20,000 children in Iowa. Barriers like access and cost prevent children from getting the vision care they need. Vision To Learn breaks down those barriers by bringing a mobile clinic to schools and providing eye exams and glasses at no cost. To the Kahlers, supporting the initiative is a poignant way to honor the memory of two people who cared for one another — and their community.

John and Orpha Wise were Steve and Ron’s grandparents. They farmed in Dallas Center, Iowa, where they raised their family. “They were very wonderful, caring, giving, loving people,” Ron recalls. “My grandpa taught me how to be loving and caring, to see the greater good and understand that life’s about more than oneself.”

“Grandpa took in three nephews after his brother died,” Steve adds. “He helped raise them and set them up in farming, so that was one example we saw within the family of caring for one another.”

Memories of John and Oprha’s generosity have stuck with the siblings: The Wises donated the land their church was built on; were faithful supporters of their church; and John supported other farmers in need – especially during the Great Depression. The couple were lifelong friends: when John returned home from his first day of kindergarten, his mother asked him if anything special had happened that day. He replied, “Yes, I saw the girl I’m going to marry,” describing Orpha’s long red hair and pigtails. John and Orpha were married for 67 years, dying just one week apart from each other in 1989.

“Grandma suffered from dementia toward the end of her life and did not recognize us, yet her character and spirit live on through us,” says Steve.

John had glaucoma and was blind near the end of his life, which is one reason the siblings believe Vision To Learn is a great way to honor him.

“My grandparents left us farmland, and when it became time to sell that land, we thought it was important to do something to honor Grandma and Grandpa. Elaine and I have been passionate supporters of Vision To Learn for a long time, so we decided to continue that support. Ron very generously agreed to match our donation.”

“If children in Jackson County need glasses, then that’s what I can do,” says Ron. “It’s a way for me to help others. I really appreciate the opportunity to be part of this and to give to the children of Jackson County.”