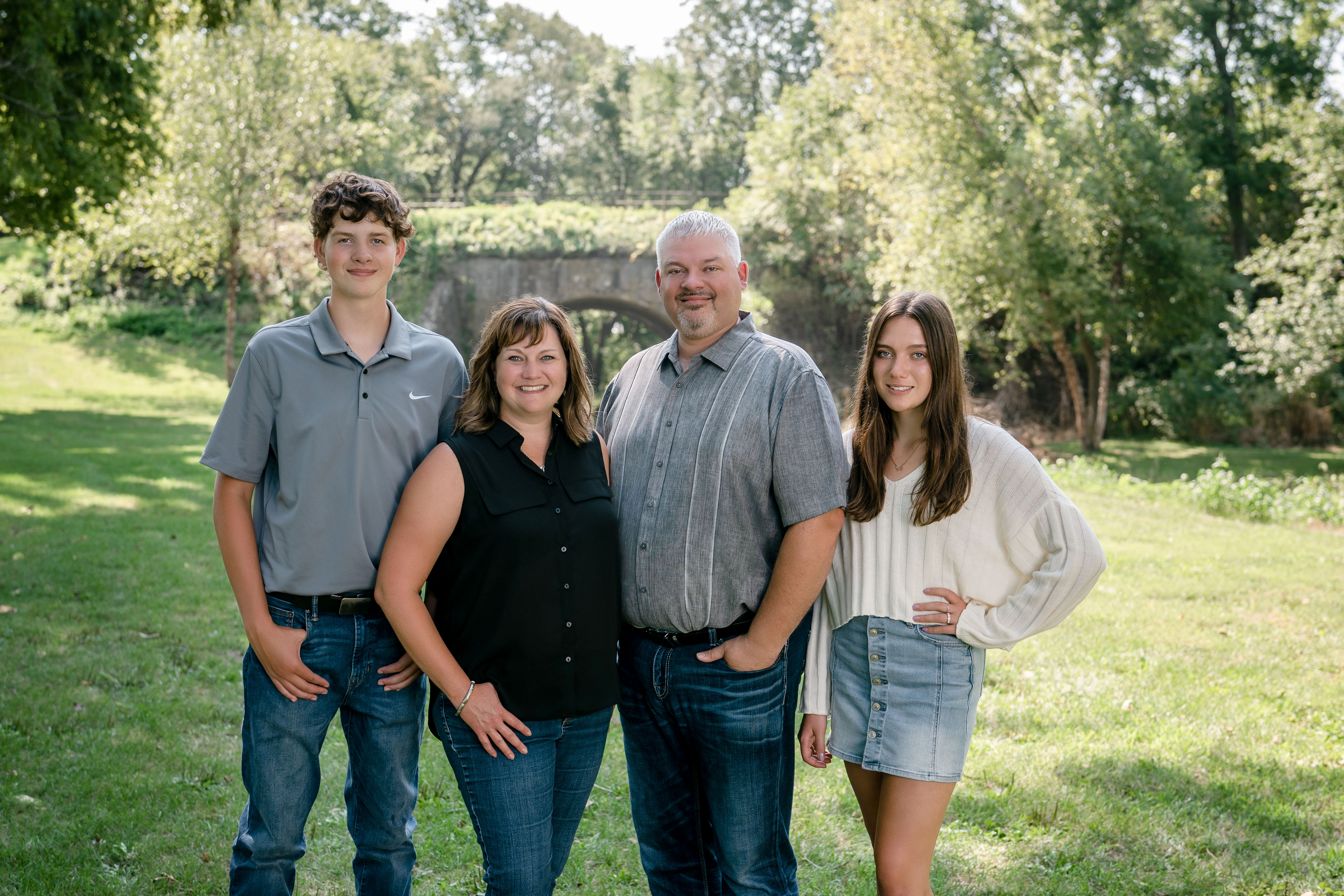 “I think I have been training for this role all of my life,” says Amanda Willimack, newly hired executive director for the LincolnWay Community Foundation. “My parents were very involved in our community, always volunteering, giving back, and sharing their talents. I have continued that tradition, serving on various committees when I was in high school and college, and now within our church, school, and other organizations in DeWitt.”

The Community Foundation hired Willimack following the retirement of longtime volunteer Pat Henricksen, who now joins the Foundation’s advisory board.

“I can't say enough good things about Amanda. She is personable, hardworking, honest, confident, has great communication skills. She’s just a jewel,” says Henricksen. “I’m so thankful to have her as director, leading LincolnWay into the future.”

In her new role, Willimack will guide the Community Foundation in its mission to inspire local generosity and facilitate solutions to address rural Clinton County’s greatest needs. The Foundation awards annual grants, honors nonprofits and leaders under 40, and supports dozens of endowment funds that provide annual payouts to strengthen nonprofits and improve quality of life throughout the area.

Willimack is currently the office manager at Greenview Farms, where she appreciates working in a team environment where everyone works toward a shared goal. In 2004, when her family moved to DeWitt, she began working for the Farm Service Agency. “The 11 years I spent there as a program technician was a great way for me to get to know people in the county,” she says. “I was able to learn about the small towns and great places within Clinton County.”

In 2015, Willimack joined the Clinton County Dolly Parton Imagination Library committee, which is supported by a fund at the Community Foundation. Over the past decade, the local chapter of Dolly Parton Imagination Library has mailed more than 109,000 books to thousands of area children. Willimack became the program coordinator in 2016, working closely with Pat Henricksen and learning about the impact of the Foundation along the way.

“I am most excited to be able to witness the Foundation’s work firsthand and see the positive impacts of that work in our communities,” she says. “We have a fantastic board of directors and so many strong leaders in our towns who I’m excited to work with.”

Willimack’s husband of 18 years, Matt, grew up in DeWitt. Their daughter, Mairead, is a junior and son, Owen, is a freshman. “We love to travel and explore new places,” Willimack says. She also enjoys cooking, reading, hiking, golfing and spending time with family and friends.

“Amanda came to us with several boxes already checked,” says Board Chair John Peavey. “She’s widely known and respected in the community. She has a history of successful, active volunteerism; has worked with Pat Henricksen; and, most importantly, loves DeWitt.”

"I think I have been in training for this role all of my life."