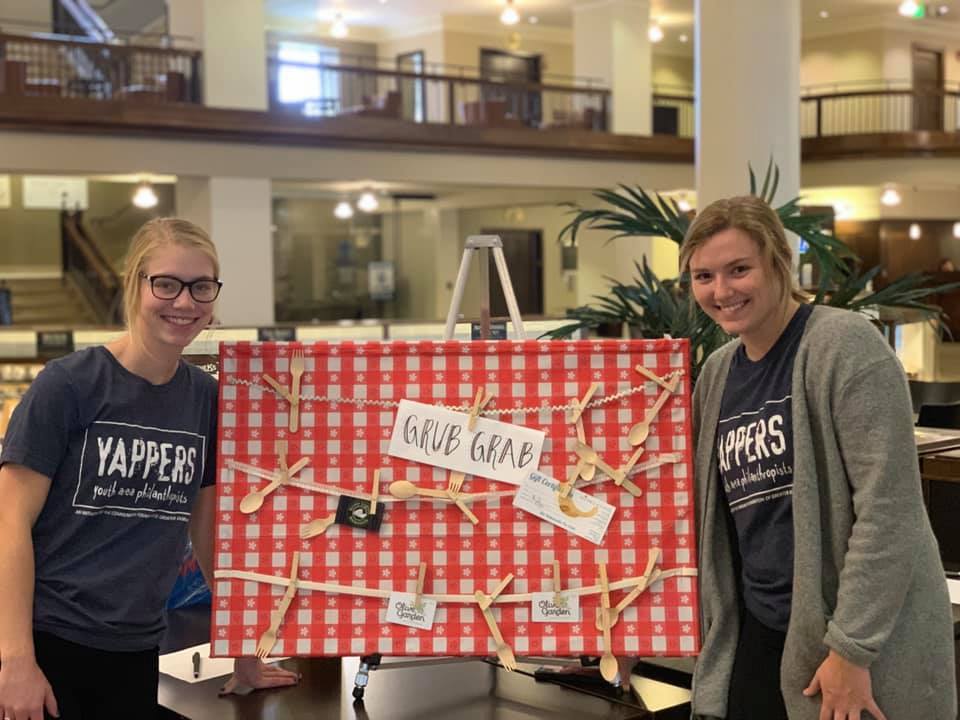 The unique experience of being a YAPPER has given Connor Hartig, a junior at Wahlert Catholic High School, a better grasp on the specific needs of the community.

“Before, I knew that philanthropy was giving out to the community, but I didn’t know how you would do that,” he says. “I’m now more aware of everyone’s situation and have a feel for how close it is to us. You think Dubuque is this nice, homey environment — and it is — but the people that need help are right around us. It’s made me thankful for what I have and given me perspective on our community.”

The grantmaking process has made an impression on Connor, both in the impact he’s seen YAPPERS dollars have in the community and in his own life. “We hand-pick each place we want to support. Going to see those places and knowing our money is actually going to something good makes it more personal.”

The lessons YAPPERS like Connor are learning will last a lifetime. “When I go to college I’ll try to help out, because I know people need more help than they’re getting,” he says. “So if I can do that — and I know that I can because of this — then I want to help.”

“At first when I thought about philanthropy, I was thinking, ‘How could I be a philanthropist?’ I’m probably one of the people they’re looking to help in the first place,” says Nyla Noble, a second-year YAPPER and senior at Dubuque Senior High School. Nyla moved to Dubuque five years ago, and joining YAPPERS helped give her a sense of involvement and empowerment.

“Being involved with YAPPERS made me feel like I can actually do something to help my community. I can make a difference,” she says. “I really like the grantmaking process, because we get to choose which organizations we give money to and it makes me feel good to have some type of influence over what goes on in the community.”

Nyla says she’s become more committed to the group in her second year as a YAPPER. “We put so much time and effort into YAPPERS,” she explains. “We’re making the community better by doing good things for both youth and adults, and helping out other organizations.

For Ashley Steele, a junior at Wahlert Catholic High School, the time she spends as a YAPPER out in the community learning about local issues and needs has been eye-opening.

“I sometimes feel like Dubuque’s such a small town, but you don’t realize how much you don’t know about people in other areas of the community,” she says

YAPPERS raise funds through events, such as the annual Feed the Need luncheon and silent auction, and grant the money to local nonprofits, helping them address the needs of local youths. “It’s really eye-opening,” Ashley says. “Where we donate our money affects those people, and it affects us personally when we learn about what they do.”

She enjoys talking with others about YAPPERS. “It’s really fun to describe what I do in the service group and how I can make a difference in a small way,” she says. “It feels like a bigger way when you’re part of a group with other kids and we’re all so dedicated to helping out the rest of the community.”

For Ashley, being involved with YAPPERS has cultivated a sense of community engagement. “It has showed me that I can get involved wherever I live, throughout my life,” she says. “I know the Community Foundation really is a strong point for Dubuque and an extremely great part of our town. I hope that wherever I go in the future I can find something like YAPPERS to help me learn about where I’m living and reach out.”