Throughout her 32-year career, Bobbi Earles’ knack for storytelling and commitment to community betterment have helped her make major impacts across Eastern Iowa, whether through fundraising at Loras College or news reporting at KWWL-TV.

“Our community is like an extended family, and as with any family, it can experience challenges,” she says. “If we approach these challenges as individuals, we can get a few things done, but when we work together, we are stronger.”

Growing up on a farm in Maquoketa, Bobbi was immersed in the Midwestern values of pitching in and giving back — values that have inspired her to stay in and contribute to her community in Eastern Iowa.

Prior to joining the Community Foundation, she served in senior development and communications roles at Loras College, her alma mater, most recently as interim vice president of strategic communications and marketing. During her tenure at Loras, she was part of several campaigns, the most recent of which raised more than $100 million for scholarships, the college’s endowment and facility upgrades. She also has held numerous volunteer and board roles throughout her career, including for organizations like Two By Two, the American Red Cross and Opening Doors.

For Bobbi, the opportunity to give back has been the greatest reward of her professional career and volunteer work: “The best part of my job — every job I've had, actually — is how it makes you stop and appreciate what you’ve gone through, learned and, as my grandfather would say, worked to leave a place better than you found it.”

She and her husband live in Dubuque, and they have two adult daughters. She’s an outdoor enthusiast and particularly enjoys hiking and biking. She also loves to cook, especially for others.

Q. What’s one thing about you that surprises people?

A. I studied martial arts and am a second-degree black belt. 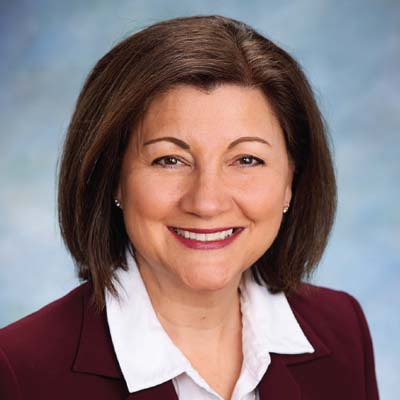